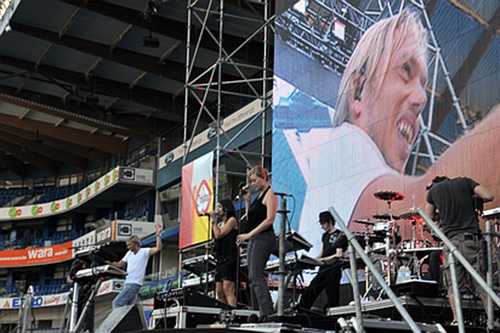 Computer, laptop, phone, wireless router, television and tablet: how easy is life when this all speaks the same language? When buying a new car, don’t we all go to the same garage at first? Perhaps it’s somewhat far-fetched; when you can chose a digital mixing console, do you prefer to stick to the same brand?

Every part of the d&b audiotechnik audio chain belongs to the top, for all generations of loudspeakers and amplifiers. Once it leaves the mixing console, it is simple.

NSL Rental from Aarschot decided in 2010 to exchange its largest set of another brand. One set out, d&b in. With an impressive speed, this operation was accomplished. Before they already had d&b monitors. And during the last years, NSL expanded its rental stock with even more d&b: Q series, V series and now recently with E series.

The d&b motto is a closed and complete system. Rental companies daring to make the same consequent choice, set the current standard.