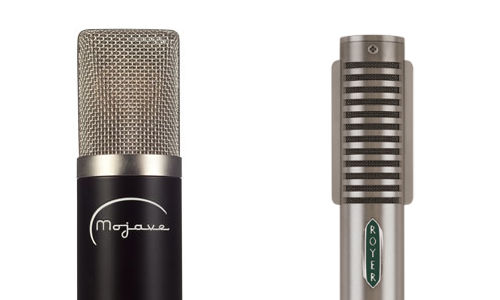 CV:
Dusty Wakeman
In his thirty-five years in the music business, Dusty Wakeman has worn a lot of hats - producer, engineer, musician, and owner/manager of Los Angeles based Mad Dog Studios. His work with Dwight Yoakam, Lucinda Williams, Roy Orbison, Michelle Shocked, Buck Owens and many other artists has helped generate a number of multi-platinum and Grammy-winning records. Growing up in Texas, Dusty developed a love of the whole process of making music, from touring in groups to engineering records and designing his own studios. After moving to Los Angeles in 1977 to pursue a career as a bass player, he took a "temporary" gig at West L.A. Music, where he became store manager and stayed for three years. In 1980 he founded Mad Dog Studios, which he owned and operated for 28 years. Dusty discovered Royer mics in 2000, caught ribbon fever, and picked up a number of Royers for Mad Dog Studios, leading to a close relationship with Royer Labs. Looking for a ‘lifestyle change‘ after 25 years of constant engineering, producing records and touring, Dusty came across the prototype for the MA-200. His enthusiasm for the new brand led to Dusty joining Mojave Audio in September of 2005. His in-depth knowledge of recording, understanding of the importance of choosing the right microphone for the job, and ability to share his experience make Dusty an invaluable asset to Mojave Audio. Dusty serves as President of Mojave Audio.


John Jennings
John Jennings has a mission: "I want to put ribbon microphones in the hands of everyone who records music."
John got his start, like so many audio professionals, as a guitar-player and singer on the east coast. Tempted westward by friends and opportunities, John moved to Hollywood in 1990, playing the Los Angeles club circuit and spending time in studios tracking with various bands.
In 1992 John took a detour into the corporate world, becoming VP Sales & Marketing for a Los Angeles based data and communications firm and playing music in the evenings. During a recording session in 1996, he came across a modified U-87 that sounded "unbelievably good." After an introduction to the man who modified the mic, David Royer, John left the suits & ties behind and teamed with David and another friend to start a new pro audio company - DVA. DVA ultimately closed due to production problems, but David had talked a lot about ribbon microphones during its brief existence. Between that influential commentary and an interview with Eddie Kramer in which Eddie said he always had a ribbon mic in the mix on Jimi Hendrix‘s guitar cabinets, John‘s life was changed.
John and Dave met Rick Perrotta and Rafael Villafane in late 1996. Digital recording was replacing the tape machines of the day, and the guys realized that there was a real need for the warmth and analog-like musicality of ribbon mics in the upcoming, more clinical world of digital recording.
After much discussion and numerous business plans, Royer Labs went into production in 1998 and John got busy handling the sales and marketing. The Royer R-121 was unveiled at the 1998 AES show, ultimately leading to the re-emergence of ribbon microphones around the world.
John Jennings serves as VP Sales and Marketing for Royer Labs. He says that his lifetime work is as "David Royer‘s pied piper," bringing David‘s ribbon microphone designs to studios and engineers around the world.